Masai Mara Sopa Lodge is 250kms from Nairobi (4 hrs), 105kms from Narok (2 hrs), and 220kms from Naivasha (4 hrs). While we are located barely a kilometer outside the reserve, it is still necessary to enter the wildlife conservation through either the Oloolaimutia or Sekenani entrance gates.

The flying time from Nairobi to the nearest airstrip is about an hour, and from there it is a 30 minute game drive to the lodge. 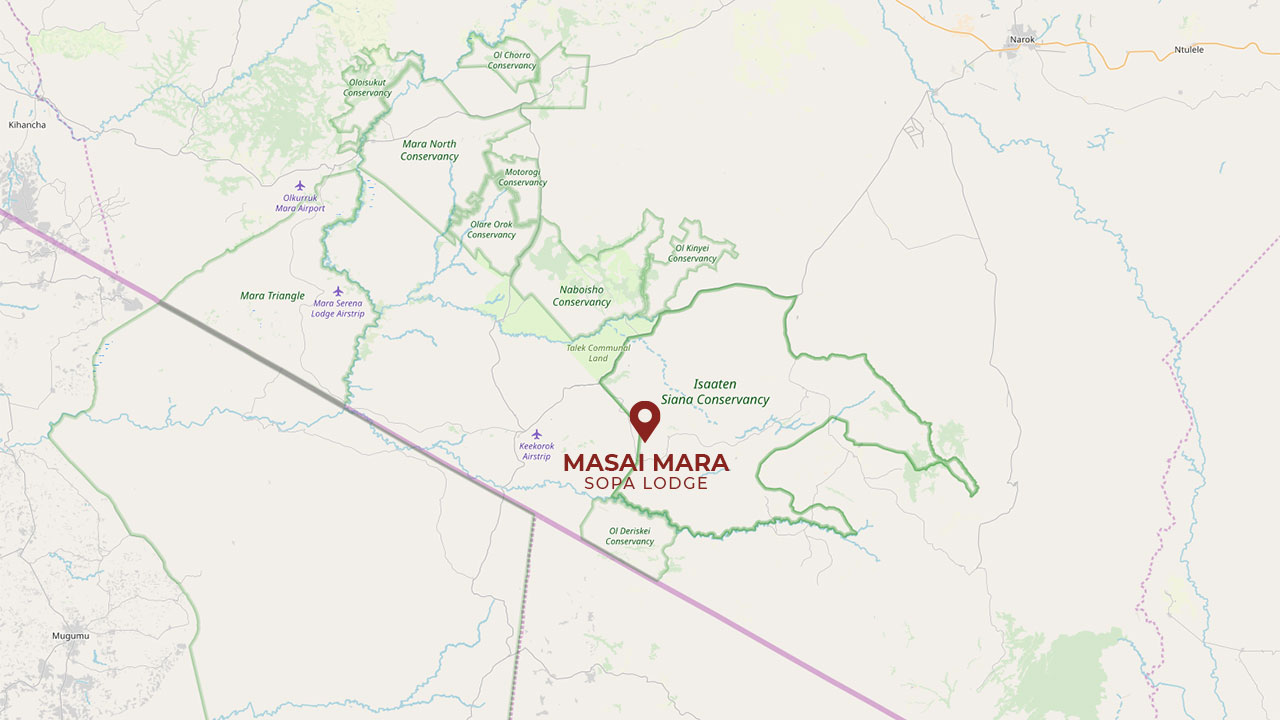 With its rolling hills, dense riverine forests, hills and a high, flat-topped escarpment that forms its western boundary, this wildlife conservation area takes up an area of 1,510sq.kms in south western Kenya and shares an international border with Tanzania’s fabled Serengeti National Park. It is owned and managed by the Maasai people who, because of their traditional respect for wildlife during the course of hundreds of years of their continued co-existence, they have ensured that the wildlife splendour of the Maasai Mara exists today.

While this reserve is home to over 410 species of birds and 60 species of raptors, it is also one of the world’s finest game viewing destinations. This is because it plays host to an abundance of every form of wildlife possible except for those few species which can only be seen north of the Equator, and from our Samburu Sopa Lodge

Not only this, but the reserve is also world famous for its annual migration of literally millions of wildebeest – not to mention tens of thousands of zebras and gazelles – when they annually migrate north from the Serengeti, usually between July/early August to October, to find food. To access the reserve’s lush grazing they first have to cross the Mara River with its battalions of enormous and hungry crocodiles and, if you are lucky enough to watch one of these crossings, it is an event you will never forget.